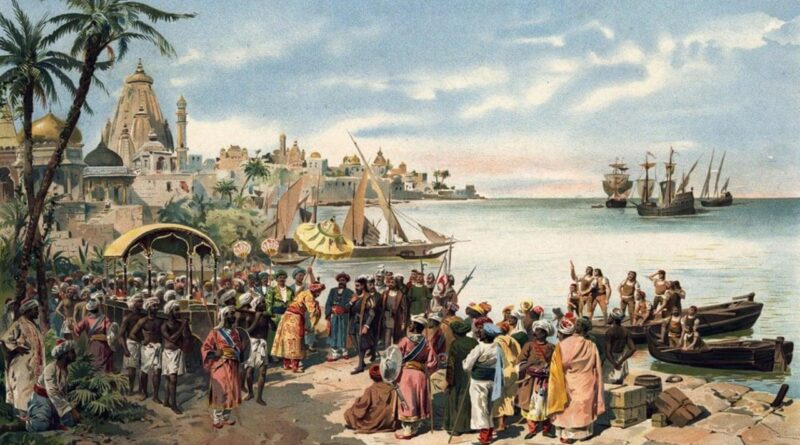 After Aurangzeb’s death, disintegration of Mughal Empire had accelerated. On the other hand, European nations with their advancements in the field of maritime navigation and their trading ambitions were on the lookout for establishing monopoly on the trade with the ‘East Indies’. India obviously had to be the prime target as it offered maximum scope for trading and profiteering. The first ones to arrive on the scene were the Portuguese.

Portugal’s king Henry (1393-1460) encouraged maritime navigation by opening training and research institutes for the purpose. Portuguese were the first one to have navigated the entire African coast line. In 1497 Vasco da Gama commenced his voyage under the patronage of King Emmanuel and finally Vasco-da-Gama landed at Calicut on 21st may 1498, and the sea route to India was discovered. Thus the Portuguese came to India. Vasco-da-Gama was well-received by the Zamorin of Calicut Mana Vikramma. When Vasco-da-Gama went back he carried with him products of the East. He returned to India two more times.

The Government of Portugal established the Portuguese Trading Company to regulate trade and commerce. The company was to function under a Viceroy. Francisco De Almeida became the 1st Portuguese Viceroy in India. He initiated the Blue Water Policy, which aimed at the Portuguese Mastery of the Sea and confined Portuguese relationship with India only for the purpose of trade & commerce.

Alfonzo-De-Albuquerque (1509-1550) was the greatest Portuguese Viceroy in India. The Portuguese trading centres which were confined to Calicut & Cochin were now extended to other places under Albuquerque. He conquered Goa in 1510 from the Sultan of Bijapur. West Asia in the Persian Gulf and Malaysia in the East were also conquered, Diu & Daman also became Portuguese trading centres. In Bengal, Hooghly & Balasore became the Portuguese trading centres. Goa became the Headquarters of the Portuguese in India. Albuquerque thus made the Portuguese strong in India. He was an efficient administer, he integrated the locals into the administration. He encouraged the propagation of Christianity & inter-marriage with the natives. The Viceroys who came after Albuquerque were weak & inefficient. As a result the Portuguese began to decline in India. In 1661 Portugal was at war with Spain and needed support from England. This led to the marriage of Princess Catherine of Portugal to Charles II of England, who imposed a dowry that included the insular and less inhabited areas of southern Bombay while the Portuguese managed to retain all the mainland territory north of Bandra up to Thana and Bassein. This was the beginning of the strong English presence in India as well. Thus Portuguese finally left India in the mid-17th Century A.D. But three of their settlement, namely Goa, Diu & Daman remained in their hands till 1961.

Causes for Decline of Portuguese:

The Impact of Portuguese: 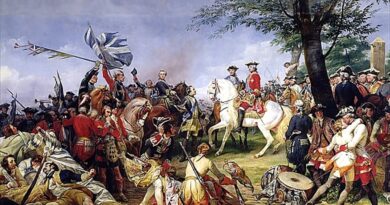 The Anglo-French Struggle for Supremacy in India 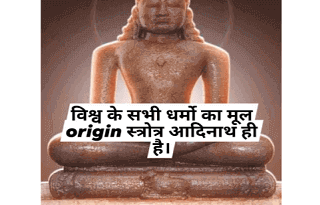