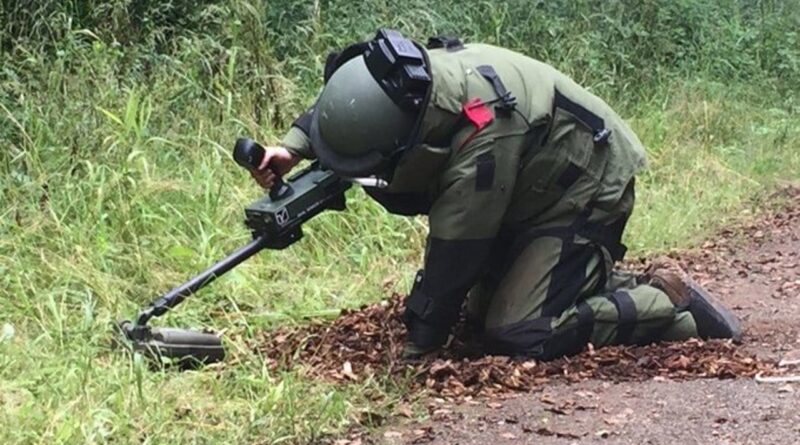 The Naxalbari incident could be seen as the trigger that launched the transformation of a primarily political and socio-economic agrarian movement into an armed struggle. The incident was a fall-out of the underground efforts undertaken by the radical hardline Communist leaders like Charu Majumdar, Jangal Santhal and KanuSanyal who were able to motivate and mobilise the landless peasants to forcibly occupy the land belonging to the landlords whom they called “class enemies”.

Under the influence of Mao in China, radical Communists from different parts of the country rallied around Charu Majumdar as their leader. In 1967, the All India Coordination Committee of Communist Revolutionaries (AICCCR) was formed to reconcile the differences within the CPI (M) party. It failed and the radical leaders were expelled from the party. They then formed a new party called Communist Party of India (Marxist-Leninist) i.e. the CPI (ML), on April 22, 1969. The party was to follow the Maoist line to achieve revolution.

During 1969-72, fierce battles raged between CPI (ML) and government authorities, resulting in largescale violence and bloodshed. The government also seriously undertook land reforms. With the coming into power of the Congress supported government in Bengal in the year 1971, a major operation named “Steeple Chase” was launched in which the military, paramilitary and state forces participated jointly in the Naxal affected areas. The extremist movement was brought under control within two months. The movement finally died out after the arrest and death of Charu Majumdar in July 1972.6 In other parts of the country as well, the movement died out gradually and there was a lull for about a decade.

Even though the “Naxalbari uprising” was a failure, it marked the beginning of the violent LWE movement in India, and the terms “Naxalism” and “Naxalite” were born. Identification of revolutionary politics with the name of a village, and not with the name of the leader is unique in history.

During this phase, the movement could not win the support of the poor peasants, sharecroppers, agricultural labourers, urban middle class and the workers at large as they did not view it as a struggle for their own cause. Besides, the masses were not mentally prepared to go in for an “armed struggle.” The excessive identification with China robbed the extremists of a nationalistic image and this factor, to a large extent, was responsible for their isolation from the common people. The movement was based on an over-optimistic evaluation of the possibility
of advancing rapidly and the under-estimation of the state’s strength. Devoid of broader mass support, the movement, notwithstanding the courage, sacrifice and motivation of the activists and the protagonists, gradually petered away.

However, the leaders succeeded in providing both an ideological veneer and cutting edge militancy to the nascent Marxist-Leninist movement. They also succeeded in attracting some of the best minds among the idealistic youth of the country.

Charu Majumdar’s death came as a blow to the Naxalites across the country. Thereafter, the CPI (ML) disintegrated into innumerable groups and subgroups which were engaged in internecine squabbles and accusing each other of betrayal and pursuing the wrong line of thought and action. The 1970s and 1980s were witness to bitter polemics which divided these groups, but, at the same time, there were efforts to rebuild the Maoist movement as a whole.

From the late 1970s onwards, the centre of gravity of Naxalism gradually shifted from West Bengal to Bihar and Andhra Pradesh. The “Liberation” group in Bihar and the People’s War Group (PWG) in Andhra Pradesh emerged as the two most important LEGs. In 1974, the proMao, pro-Charu Majumdar, anti-Lin Biao faction of the CPI (ML) was reorganised by Subrata Dutta alias Jauhar and renamed CPI (ML) “Liberation.” This faction emerged as one of the
strongest of all Naxal outfits and claimed to be the rightful successor of Charu Majumdar’s CPI (ML).

Vinod Mishra was elected as general secretary of “Liberation” in 1975. Although he claimed to follow the Charu Majumdar line, he was the first Naxal leader to recognise the futility of armed rebellion against the Indian government. Without explicitly renouncing the methods of Charu Majumdar, he started a “rectification movement” which was aimed at rectifying the shortcomings and lapses in the armed rebellion. As a part of this new line of thinking, “Liberation” joined the mass mobilisation and jumped into electoral politics in 1982 through a front organisation called the Indian People’s Front (IPF). The IPF was envisioned as a nationwide alternative to the Congress Party. In the year 1989, IPF won a seat in the parliamentary elections and the first Naxalite member entered the Indian Parliament.

Yet another group in Bihar, which was then called “Dakshin Desh,” was founded in 1969 by Kanhai Chatterjee and Amulya Sen. This group mainly comprised lower caste and landless people and wasextremely savage in executing landlords. The landlords belonging to the upper/middle caste saw this group as a threat to their dominance and raised private militias. Gangs like RanvirSena ruthlessly massacred Naxalites and those who were suspected to be
Naxalite sympathisers.MCC merged with the Revolutionary Communist Centre, India (Maoist) to form the Maoist Communist Centre (India) or MCC (I) in 2003.

The Maoist insurgency doctrine, as elicited from copious documents recovered from their hideouts during several raids and encounters, is based on the glorification of the extreme left ideology. It legitimises the use of violence to overwhelm the existing socio-economic and political structure. Based on this ideology, People’s Liberation Guerrilla Army was created as an armed wing of the Communist Party of India – Maoists (CPI-M). The movement got
strengthened in 2004 with the merger of People’s War Group (PWG) that was influential in Andhra Pradesh, the Maoist Communist Centre of India (MCCI) with a stronghold in the central Indian states and the CPI-M (Oetken 2008). This merger significantly upgraded the combat capabilities of LWE groups together.

Over the decades since, the LWE movement is assessed to have impacted 40 percent of India’s territory and 35 percent of its population. In 2016, according to the Ministry of Home Affairs (MHA), 106 districts in 10 states of Andhra Pradesh, Telangana, Bihar, Chhattisgarh, Jharkhand, Madhya Pradesh, Maharashtra, Odisha, Uttar Pradesh and West Bengal, were intensely affected by the LWE movement.

Based on the intensity of insurgency, 35 of the 108 districts spread over the ten States
mentioned above, have been classified as most affected LWE districts.

Currently, the lethality of the LWE movement has increased multi-fold, establishing a complex web across the 10 states of India. It is estimated that these extremist outfits now have around 9,000-10,000 armed fighters with access to about 6,500 firearms. In addition, there are estimates of about 40,000 full-time cadres (Government of India 2017).

The trend analysis of the Naxal movement from 2010 till 2017 suggests that Maoists are strengthening coordination efforts between their parent organisation CPI-M and other likeminded organisations to undertake programs against alleged ‘state violence’ and for ‘protection of their democratic rights’. For example, the issue of displacement of local communities remained the main plank of mobilisation by their front organisations like Niyamgiri Suraksha Samitee actively agitating in the NiyamgiriHills area and Jharkhand VisthapanVirodhi Jan Vikas Andolan, a front of CPI (Maoists), protesting against amendments to the Chhotanagpur (1908) and Santhal Pargana Tenancy Acts (1949). These amendments pertained to the modifications in the Domicile Policy.

Maoist affiliates also undertook protests and resorted to antigovernment propaganda over alleged atrocities by the Security Forces. They organized similar meetings over the issue of Kashmir and called for a plebiscite in the State (M. Government of India, Internal Security 2017). 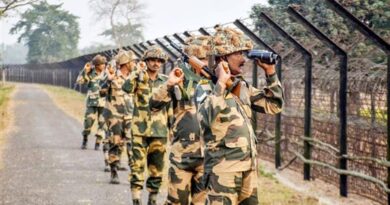