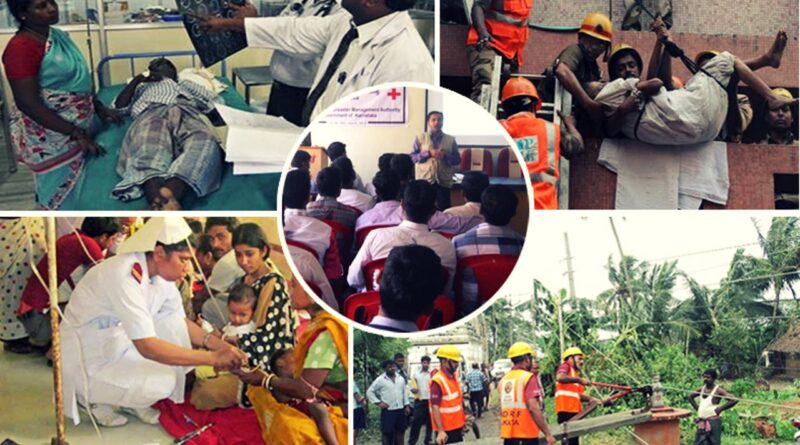 Disasters – natural or human-made are common throughout the world. It is believed that in the recent past there is an increase in their magnitude, complexity, frequency and economic impact. India is at the highest risk of exposure to natural hazards in the world.

What is a Disaster?

The term disaster owes its origin to the French word “Desastre” which is a combination of two words ‘des’ meaning bad and ‘aster’ meaning star. Thus the term refers to ‘Bad or Evil star’. A disaster can be defined as “A serious disruption in the functioning of the community or a society causing widespread material, economic, social or environmental losses which exceed the ability of the affected society to cope using its own resources”.

Disaster damage occurs during and immediately after the disaster. This is usually measured in physical units (e.g., square meters of housing, kilometres of roads, etc.), and describes the total or partial destruction of physical assets, the disruption of basic services and damages to sources of livelihood in the affected area.

Disaster impact is the total effect, including negative effects (e.g., economic losses) and positive effects (e.g., economic gains), of a hazardous event or a disaster. The term includes economic, human and environmental impacts, and may include death, injuries, disease and other negative effects on human physical, mental and social well-being. A disaster is a result of the combination of hazard, vulnerability and insufficient capacity to
reduce the potential chances of risk.

What is a Hazard?

The word ‘hazard’ owes its origin to the word ‘hasard’ in old French and ‘az-zahr’ in Arabic meaning ‘chance’ or ‘luck’. Hazard may be defined as “a dangerous condition or event, that threat or have the potential for causing injury to life or damage to property or the environment.”

Any hazard – flood, earthquake or cyclone along with greater vulnerability (inadequate access to resources, sick and old people, lack of awareness etc.) would lead to disaster causing greater loss to life and property.

For example; an earthquake in an uninhabited desert cannot be considered a disaster, no matter how strong the intensities produced. An earthquake is disastrous only when it affects people, their properties and activities. Thus, disaster occurs only when hazards and vulnerability meet. Also, with greater capacity of the individual/community and environment to face these disasters, the impact of a hazard reduces.

Difference between Natural Hazard and Disaster

Disasters can be grouped into two broad categories namely natural and manmade.

Manmade disasters are disasters which occur due to human negligence. These are associated with industries or energy generation facilities and include explosions, leakage of toxic waste, pollution, dam failure, wars or civil strife etc. Many occur frequently while others take place occasionally. 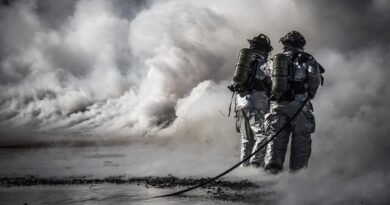